Ajoutées 4 années by enzovincenzo
1,187 Vues
Alexander Kraft - CEO of Sotheby\'s International Realty France - Monaco, international style icon and musician - now publishes his 3rd single, \"Wake Up\" following the success of his first two singles, \"The Reason\" and \"Save Me\".

\"Wake Up\" has already been chosen as the soundtrack for the new commercials of renowned Parisian bespoke tailor and fashion house Cifonelli that has clothed such legends as Marlene Dietrich, Josephine Baker, Lino Ventura, François Mitterrand and Cary Grant, and for whom Kraft is the official brand ambassador.

\"Wake Up\" is the third song written and produced by Alexander Kraft. Alexander Kraft is internationally known as the Chairman and CEO (as well as the owner) of Sotheby’s International Realty France – Monaco, one of Europe’s leading luxury real estate brokerage companies with more than 40 offices in France and Monaco. Kraft is also renowned as a worldwide style icon with thousands of followers across the globe, having been named as one of “40 greatest rakes of all times” by The Rake magazine.

However, in addition to his real estate – and fashion activities, Kraft has made music all his life and started releasing his own songs in 2013. “The Reason” and “Save Me” became subsequently hits and entered the (dance) charts in France, Germany and Switzerland, to name just a few countries. Wake Up has been recorded in 2015 and 2016 in Paris, and features again the voice of French singer and actress Cindy Colpaert.

The glamorous video has been shot in 2015 in various locations across Paris, including the legendary luxury hotel Plaza Athénée and the workshop and boutique of renowned bespoke tailor Cifonelli. Further eye catchers include a beautiful vintage collector’s car, a Jaguar XK120 convertible, and charming French model Allegra Tuil at the side of Alexander Kraft.

The video shows “a day in the life” of a (real) gentleman and gives a glimpse into a universe full of elegance, charm and beauty. 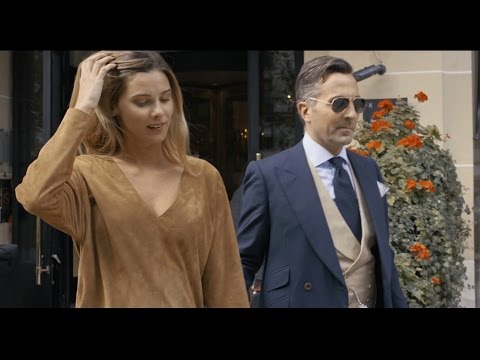